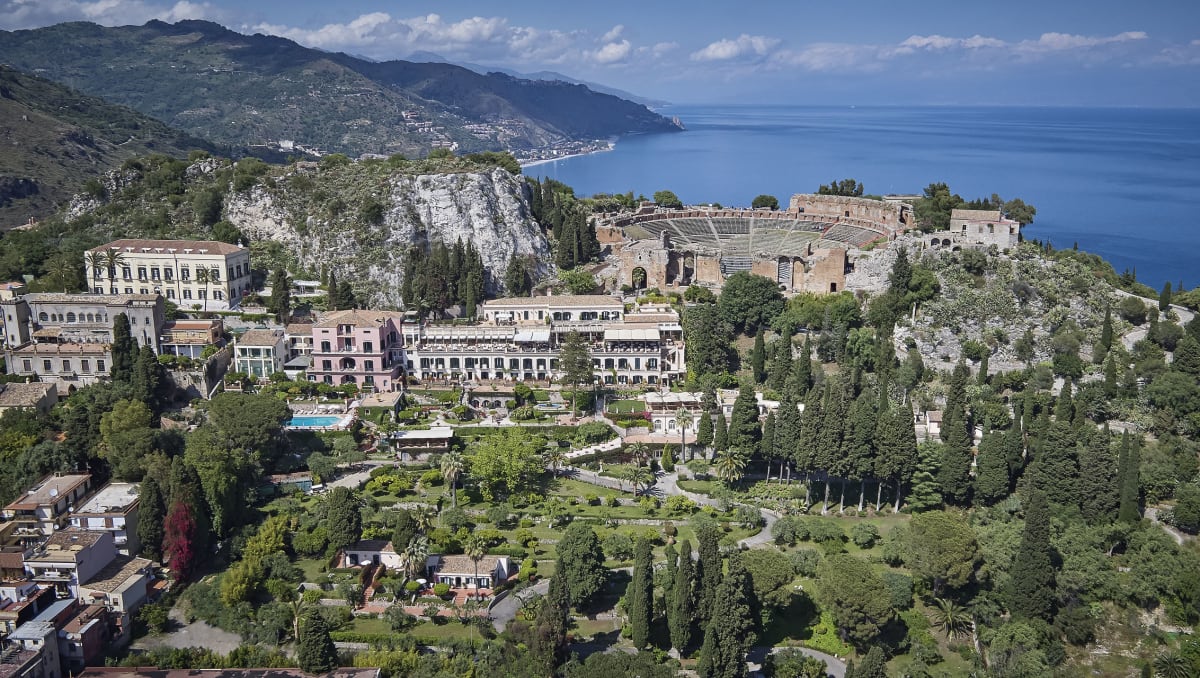 Don Francesco La Floresta’s decision to convert his house into a hotel in 1873 made perfect sense. Ever since a Prussian artist returned to the mainland with watercolours depicting views from his guesthouse, he had received visitor after visitor. People from all over Europe wanted to see the panoramas for themselves. Well over a hundred years later, Grand Hotel Timeo’s breathtaking vistas and unique charm continue to enchant.

Make your way up the rugged cliffs on which Grand Hotel Timeo, A Belmond Hotel, Taormina is perched and a sense of enchantment soon takes over. You may be right in the heart of Taormina but you’ll feel like you’ve stumbled upon your very own hideaway.

The magic grows when you lay eyes on the lovely entrance, swathed in bougainvillea. Soak up the sun by the pool or stroll through acres of lush garden graced with tropical palms and wildflowers.

Are you a fine-dining lover? Take your seat at Otto Geleng Restaurant, one of Sicily’s most exclusive Michelin-star restaurants, and ignite your taste buds with exquisite Mediterranean dishes by Chef Roberto Toro served in a unique setting that evokes an ancient Sicilian villa.

There’s no better place to take in the dramatic sunset than the Literary Terrace. The panoramas need to be seen to be believed: Truman Capote enjoyed them so much that he stayed for two years; D. H. Lawrence wrote Lady Chatterley’s Lover here.

Each time you gaze out across medieval Taormina and the coast of Sicily, it’s like seeing the world anew. With clusters of terracotta roofs giving way to the shimmering blue sea and dramatic Mount Etna looming on the horizon, the views here at Grand Hotel Timeo are a transcendent experience.

My Overseas Wedding creates surprisingly memorable experiences for people to connect and celebrate together anywhere in the world. We believe celebrating together should be common place and simple to organise. In other words, we innovate online for people to celebrate offline.