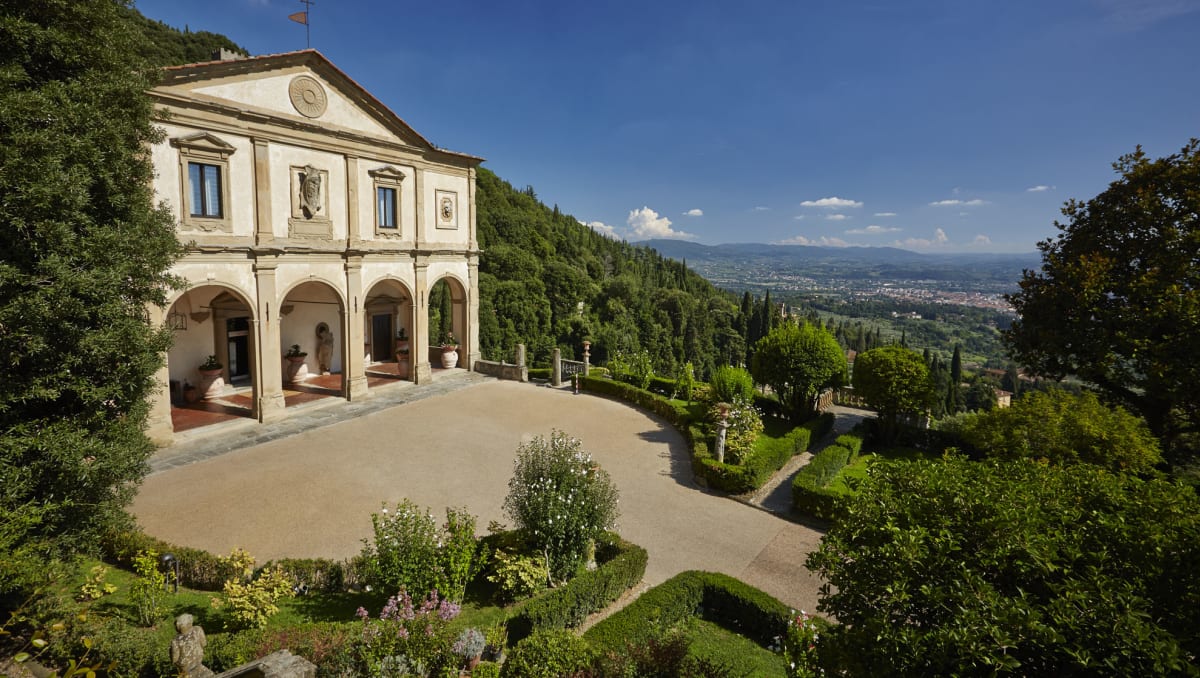 It’s rare, especially in a city as magnetic as Florence, for a hotel to be a destination in itself. Yet marrying Renaissance splendour with contemporary luxury, this former medieval monastery named Villa San Michele captures the imagination.

Nestled on the verdant Fiesole hills and blending 14th century artistic flair with the region’s ethereal beauty, the hotel is as inspiring as Florence greatest cathedrals and galleries. The facade, attributed to Michelangelo, is hugged by lush woodland and terraced gardens. From here, visitors enjoy an unparalleled panorama over Florence and the Chianti hills beyond.

In 1506 Leonardo da Vinci first demonstrated his flying machine from Montececeri Park, a short journey from the hotel. It was about this time that a community of Franciscan monks first laid the foundations for what would later become Villa San Michele, A Belmond Hotel, Florence. Today, within its warren of rooms and corridors, vaulted ceilings and worn terracotta floors count among its charming original features. The hotel’s 46 guestrooms and suites—including the private 3-bedroom Limonaia Villa—have a fittingly serene feel with antique furnishings and old master paintings.

Step outside and relax in the Italian gardens, spot the 300-year old wisteria which, come spring, swathes the lawn-facing facade in purple, then take a dip in the pool perched on the hillside.

Should you wish to get creative, Villa San Michele offers a range of activities. Unleash your inner chef at the world-renowned cooking school with executive chef Alessandro Cozzolino. Alternatively, shake things up at the head barman’s cocktail masterclass.

The elegantly rustic La Loggia restaurant inspires the eyes and palate. Sample seasonal Tuscan dishes at sunset. Watch as the skyline transforms from a tapestry of domes and turrets into a soft sea, punctuated by twinkling lights. Few restaurants and, indeed, few destinations in the world can match Villa San Michele for romantic bliss.

My Overseas Wedding creates surprisingly memorable experiences for people to connect and celebrate together anywhere in the world. We believe celebrating together should be common place and simple to organise. In other words, we innovate online for people to celebrate offline.